Like the butter on our tables, Butter is a dog that appears ordinary but is actually indispensable and makes everything better. Butter belongs to a pack of four other doggies, each with their own distinct characters. Amongst the pack of four doggies, Butter seems nondescript and subdued. You would not normally pay him special attention as there is a mega hyper puppy and a super sweet and friendly young female dog in the same pack, both vying for your attention. However, you just need to spend some time with Butter and he would totally steal your heart. He is so handsome and sweet. Beneath his tough exterior lies a big softie who craves your affection.

During one of our recent stray feeding rounds, we noticed Butter limping. The sweet boy hobbled out to greet us despite being injured. He even stood still and smiled for us to take a picture of him with his wound. He did not appear to be in pain at all even though his wound was oozing blood. Such is the high pain threshold of stray dogs. 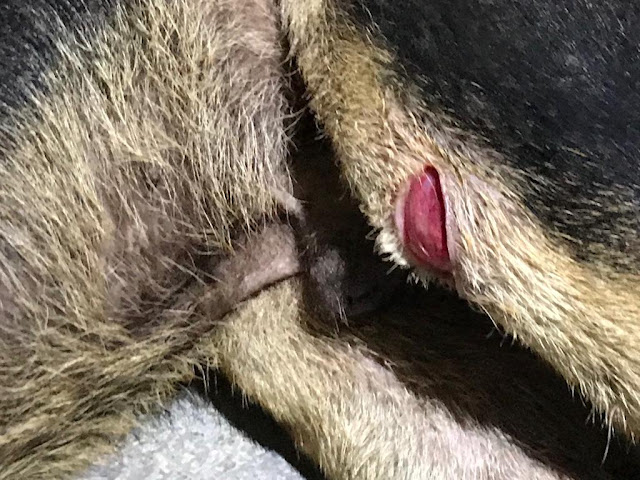 We applied some medication for Butter but it did not seem to help much. Blood was still oozing from his wound, which was bigger than the size of a fifty-cent coin. His wound was on his left hind leg and his paws were not sore. Unsure whether Butter’s limp was a result of broken bones or pain from his open wound, we felt the need to send Butter to the vet for a check-up lest there were any broken bones to be mended. After forty-eight hours, the bones would fuse, by which time there would not be much we can do to help Butter walk normally again. Even though the lack of funds was a very real and nagging problem, we just could not bring ourselves to leave Butter with his open wound and limp. What if maggots start infesting his wound? What if there were broken bones to fix? These questions and Butter’s sweet face told us we just had to get Butter treated even though it was midnight and emergency hours charges would kick in. The sooner we got Butter treated, the better his chances of recovery and the less pain he would need to bear with. No Buts about it. 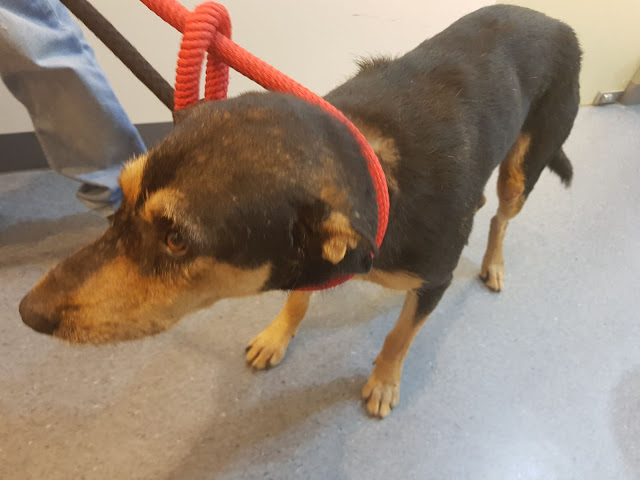 Butter was on his best behaviour throughout his car ride to the vet and his time at the vet. He allowed his handler to take smiley pictures of him and the vet to examine him without a single protest. The vet on duty praised Butter too and kept commenting what a shame it was that no one could adopt Butter as he was such a sweet boy.

Fortunately, Butter’s x-rays revealed that he did not suffer any broken bones, probably just some sore muscles. After Butter had his wound cleaned and stitched up, he recuperated for a day at a volunteer’s home before being returned to the loving arms of his caregiver at the factory. The volunteer could not bear to let go of Butter as he was so sweet and gentle, but had to do so as she would be working the next day and there would be no one at home to look after him. Butter would just sit quietly in a corner and wag his tail whenever the volunteer approached him. He would lick her hands too. Such a sweetheart! 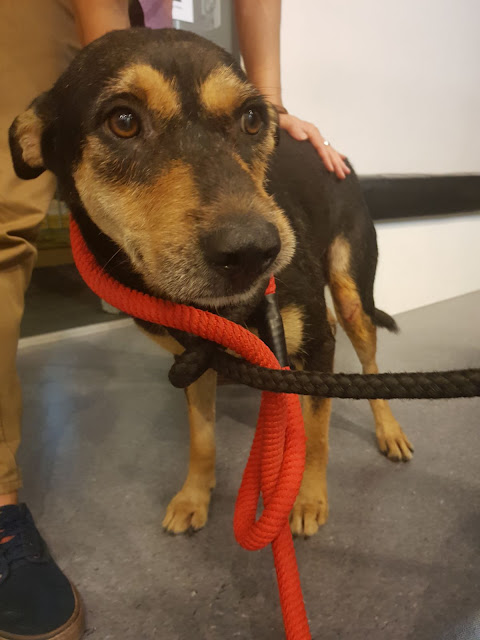 Butter has now recovered fully and can walk normally again. It has been said that a stitch in time saves nine. Indeed, the nine dogs in Butter’s factory have all benefited from Butter’s wound being stitched up timely.

friends welcomed him with waggly tails when we returned Butter to the factory. As we speak though, Butter’s vet bill of $1700 remain unsettled. Would you kindly help us with his vet bills please? Your kind contribution would allow us to butter more loaves of bread for the many more strays waiting to be saved out there. Butter says thank you! *hugs and kisses from Butter*

The past several weeks have been quite a roller coaster ride with Donut.
Watch her latest update here.

During last month’s review at the vet, we were told that Donut’s x-ray results didn’t look good and we were told to consider that dreadful decision of putting Donut to sleep. We weren’t deterred, however, and brought her for a second opinion. Sadly, the outcome was more or less the same and that set us back quite a bit, though not enough to give up on Donut, of course.

We then started her on acupuncture sessions for a couple of weeks, including a week of special treatment by a famous acupuncturist flown in from Shanghai by a kind rescuer. The sinseh, Dr Jin, believed strongly that Donut will one day walk again as long as we keep up with her treatment and exercise her legs. Over the past week, we saw great improvement – Donut was able to walk, albeit hobbling a little, on her own! All is not lost for dear Donut!


The acupuncture sessions were also to help Donut’s anus close. During her hit & run accident, her nerves were damaged, thus she is unable to close her anus and poo flows out almost continuously. Acupuncture sessions have helped some.


Last week, we brought Donut for her review again, this time with a different doctor. The doctor explained that Donut’s injury is known as ventro fracture of sacrum , meaning that the sacrum nerves that control her bladder are severed. She will always need someone to express her bladder and to make sure there is no blood or very strong fishy smell in her pee as that usually means she's down with Urinary Tract Infection (UTI).

While the condition is the main reason why Donut cannot control her pee and poo, the vet did mention that there could be some sacrum nerves left which is why her anus is closing up after the acupuncture sessions. Her diarrhoea condition has also improved though there were times we found fresh blood at her anus area. Fortunately, this is only superficial and not due to a bigger problem like piles. The doctor recommended probiotics and flax seed oil for her and prescribed a cream for application.

One positive news from this review was that the ventro fracture of sacrum has nothing to do with her walking/hobbling. The problem with her movement lies with her dislocated right hip. A femoral hip resection surgery has been scheduled on 19 March to correct this condition so that her hips wont sway so much when she walks.

Her previous surgery and aftercare has taken a toll on our budget and we need to raise funds again for her surgery next week. The surgery is estimated to cost about $3000 and she would have to be warded for a couple of days for recovery, which will add towards the total bill. If you would like to help in any way, financially or otherwise, please email us at hopedogrescue@singnet.com.sg. 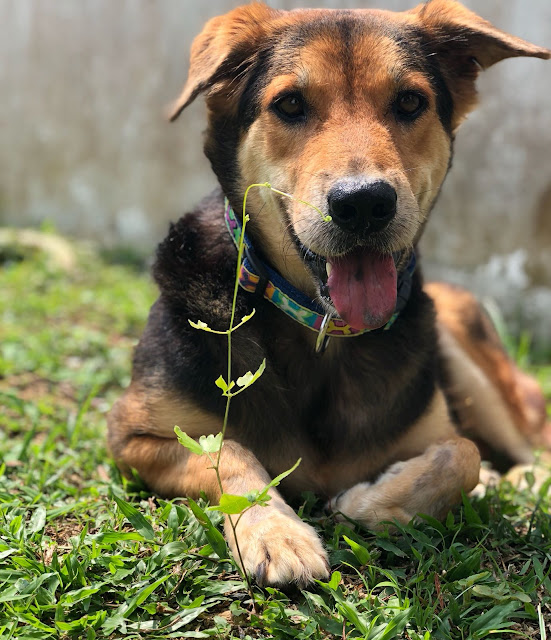