Sofie the cat was taken to the vet because her gums were bleeding. 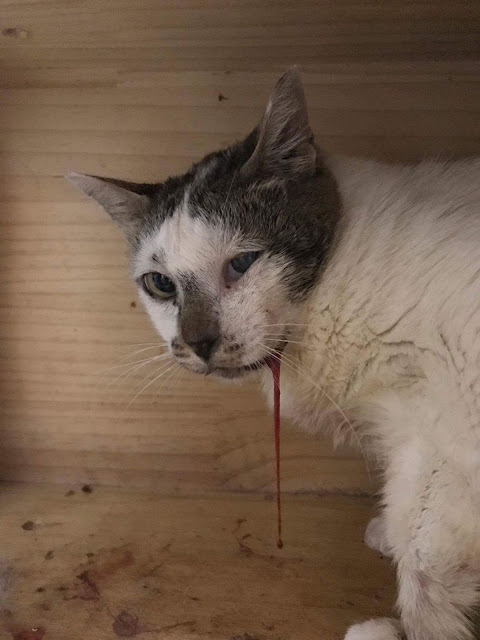 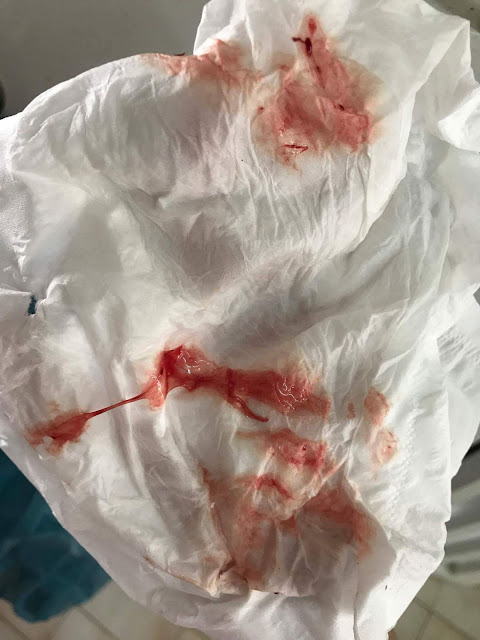 We found out at the vet that this was due to a case if feline stomatitis. The vet will need to take out all her molars and pre-molars, leaving her with only her canines. We do not know what caused her stomatitis, whether it was due to calicivirus or tartar on her teeth. Sophie also tested positive for FIV and will need to be isolated while she is warded overnight.


Sofie is one of Uncle Seng’s cats that we took in when he lost his job some 2+ years back. Read her story here.


Her blood tests also show that she is slightly anemic and dehydrated, has a low platelet count and high protein levels. Thankfully, she will still be able to undergo surgery to remove her teeth; vet estimates 9 to 12 teeth to be extracted. Her fur is also in very bad condition but should get better once her teeth are removed so she can groom herself properly. She has a corneal ulceration which could be due to cat flu and previously scarred when she lived as a stray on Uncle Seng’s factory compound. It is hard to check her eyes now as she is being a grumpy cat due to her discomfort. The vet will check her eyes further when she is under general anesthesia.

If you can help with Sofie's vet bills, please email hopedogrescue@singnet.com.sg. She is presently undergoing her surgery. 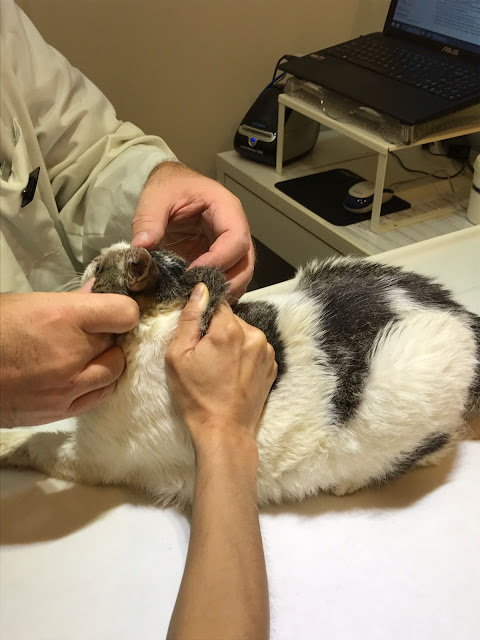 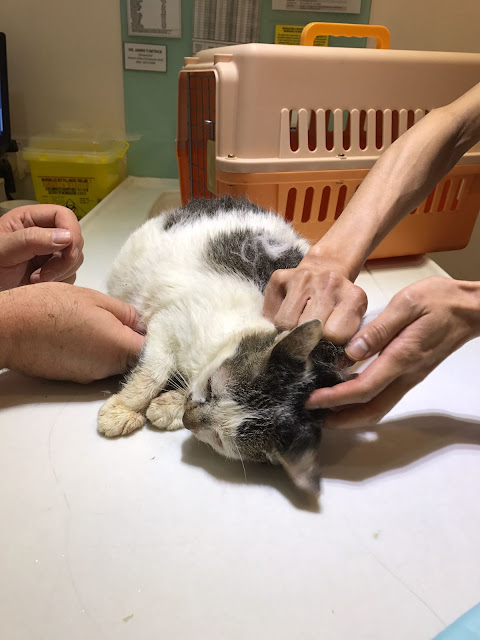 We were on one of our regular Saturday feeding rounds last night when we noticed that one of the usual dogs was missing. When we asked the workers in the area about the missing dog, whom we named Raphael, they told us that the whole pack of dogs had gone out to play the day before, but this one did not return with the others.

So we searched high and low, all over the nearby areas, and finally found him hiding in a corner. He was lying down, obviously in pain and unable to stand. But there were no visible wounds, which was quite baffling. We carried him to our car and took him to the vet. He was so sweet and allowed himself to be picked up without resisting or struggling at all.

By the time we arrived, it was close to midnight, which meant emergency charges applied. But poor Raphael was in such great pain that there really wasn’t a choice of waiting for daylight to see the vet. After looking him over, the vet could only conclude that the problem was with Raphael's spine or hip. The entire left side of his body was in pain and he couldn't put any weight on his left front and hind legs. He was also dripping pee everywhere. We're not sure why but maybe it's because he was in so much pain that he wasn't able to pee properly. For now, the vet will keep him at the clinic and stabilize him. First thing tomorrow, Raphael will go in for an X-ray to find out what exactly went wrong.

The whole time, Raphael was so so sweet and cooperative. The vet shaved his arm and put in a drip, but he didn't even flinch. He has never even seen a shaver before, yet he was so trusting and allowed the vet to do as she pleased. Even the vet was impressed and kept complimenting him and saying what a nice stray he was.

It seems like Raphael is also really popular with his pack because all his doggy friends were very sad at his absence and didn't eat after he disappeared. Strays may not know the love of a human family like pet dogs, but they're also loyal and affectionate creatures that feel sadness and pain when bad things happen. Poor Raphael, and his poor friends too, that pain is such a common occurrence in their lives. We hope that Raphael will get well soon ASAP so that he can rejoin his friends.

UPDATES
X-rays have been done and Raphael’s hip has been dislocated when he was hit by a lorry. Surgery will be done tomorrow, after which he would require a foster for 2 months. 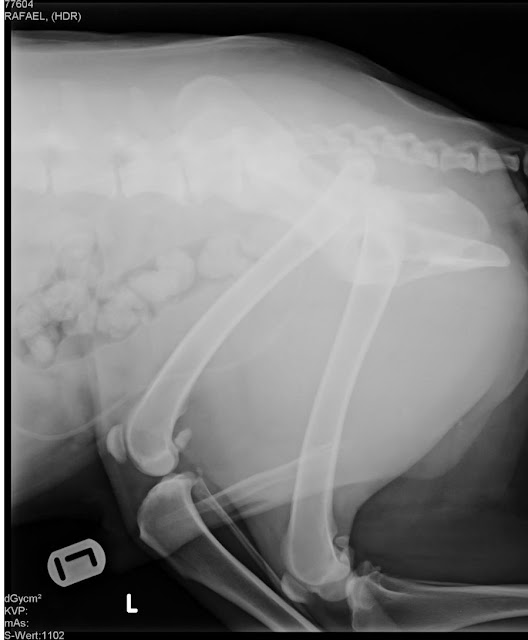 If you also find yourself falling in love with Raphael, please consider making a contribution towards his vet bills as our recent rescue, Sugar’s vet bills and weekly vet reviews have come up to quite a substantial amount and wiped us dry. Email hopedogrescue@singnet.com.sg if you would like to help.