When it comes to adding a new fur-mily, we are often caught in the dilemma - To buy or not to buy, that is the question.

Well, firstly for buying a puppy, do you know that you are contributing to the never-ending breeding industry where the pup's parents live in horrible conditions & not to mention the possibilities of in-breeding and genetic issues that may come along with that hefty $5000 puppy. Usually, these puppies do not come with comprehensive vaccines and health checks, there is also no way to trace if the papers of the pup provided by the breeders/pet shops are authentic. As Singapore has no breeding regulations, most "breeders" you see online are "Backyard Breeders" where they breed puppies in their home or in farms, and often there is no "warranty/aftercare" once these pups are sold to you.


Lastly, as we all know, training for puppies is very important as it shapes their personality & temperament. Many do not know how to train a puppy properly when it's teething or barking, sometimes leading to aggression or the sad ending of being abandoned or rehomed because what you see (a cute puppy) is not what you get if you don’t raise it correctly.

Whereas for adoption, with just $200 - $400, these dogs comes with vaccinations, full medical checks, de-wormed and sterilized. For HDB Project Adore, it is compulsory for these dogs to undergo Basic Obedience (Good Canine Citizen class), which resolves concerns of having a puppy tearing up your living room when you reach home from a long day at work. By adopting, you are contributing to a greater cause as in creating an empty space for rescuers to save 1 more stray. Rescuers will also provide 100% of their support to ensure smooth transition until the dog settles at your home. Adopted dogs are usually more grateful and loyal as they have been through so much hardship and waited so long for a place to call home, it may not mean much to you but by adopting them, you become their lighthouse in the stormy waves of life.

From Horror to Hope: The Story of Ethan’s Second Chance

When you think of “animal abuse”, the first things that come to mind are probably violence and physical abuse. However, abuse comes in many forms and one of the most common forms of animal abuse is neglect. The  failure to provide basic care for your pet is a form of animal abuse.

Over the years, some examples of neglect we’ve seen include cats and  dogs caged or tied up for long periods, living in dirty conditions,  receiving inadequate nutrition and no access to vet care, and so on.

One of the worst cases of neglect we’ve encountered was in April 2015  when Purely Adoptions alerted us to the plight of two badly neglected  dogs. According to them, these dogs were under the care of an elderly owner but after she suffered a stroke, she’d entrusted their care to her 30-something son. Suffice to say, he did not do a good job. Read about his rescue here.


By the time we heard about the case, Purely Adoptions had managed to rescue one of the dogs but there was still one more that needed our  help – Ethan.

When we first met Ethan, it was a clear-cut case of neglect. The  little Shihtzu was in a playpen bouncing on his hind legs repeatedly,  begging for attention and to be carried. He looked about 7 or 8 years old but it was hard to tell as his fur was dirty and matted. There was a strong smell of pee, as if he’d not had a bath in years. As we approached the playpen, we noticed there was no water bowl inside –  just a tray for peeing in.

When we picked him up, we could feel his ribs protruding from the side. However, despite his grubby appearance, Ethan was so excited at being lifted up and carried. As we carried him, we noticed how his fur was so badly matted that it had hardened and stuck to his skin. Parts of his fur were peeling off his skin, revealing red and raw skin beneath. There were scabs on the underside of his body too. It was heartbreaking to see this obviously cheery, good-natured living creature being reduced to such a state.

Thankfully, this story has a happy ending.

A family kindly took him in and showered him with all the love and  affection he missed out on during his years of being neglected. Ethan  (who now goes by the name of Ted) goes for nice, long walks and is fed  healthy, nutritious meals every day. 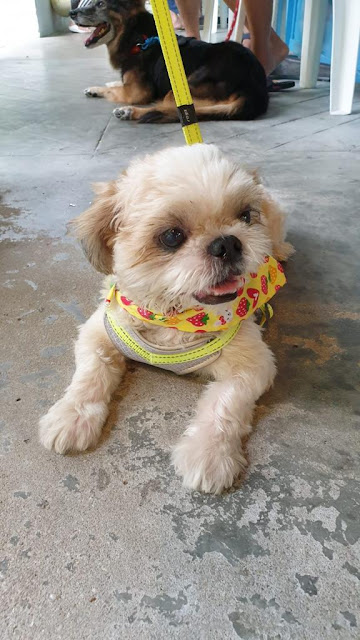 His owners pamper him with a warm  bed, nice toys and most importantly, lots of love. Four years after we  found him, Ted is almost unrecognizable with a shiny coat of fur and  healthy, shining eyes. The one thing that stays the same is his sweet  emeanour. 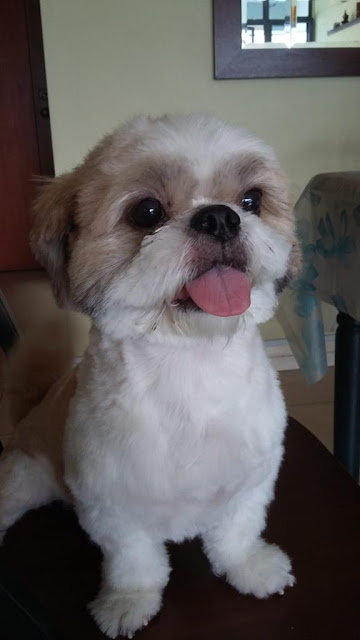 While this story is heartwarming, unfortunately, many animals continue  to be neglected and abused by their owners. We are thankful to Ted’s family for giving him a second chance and providing him with a loving  home.

We continue to hope that more people will open their hearts and  homes to abused or neglected animals . As this case demonstrates, all  living creatures thrive under care. If we can all do our part – even  if it’s just to raise awareness or perhaps to just save one animal –  we can make this little corner of the world that much better. 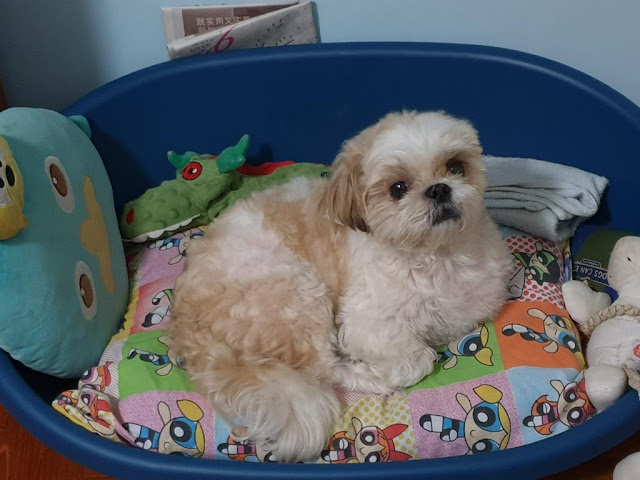 Written by: Vanessa
Photographs by Ted's family
at 15:11