Peppa was found roaming the streets on 25 May 2016. She was not licensed or registered so her owners could not be traced. In any case, she was extremely sick when found, so it may have been a deliberate act of abandonment. 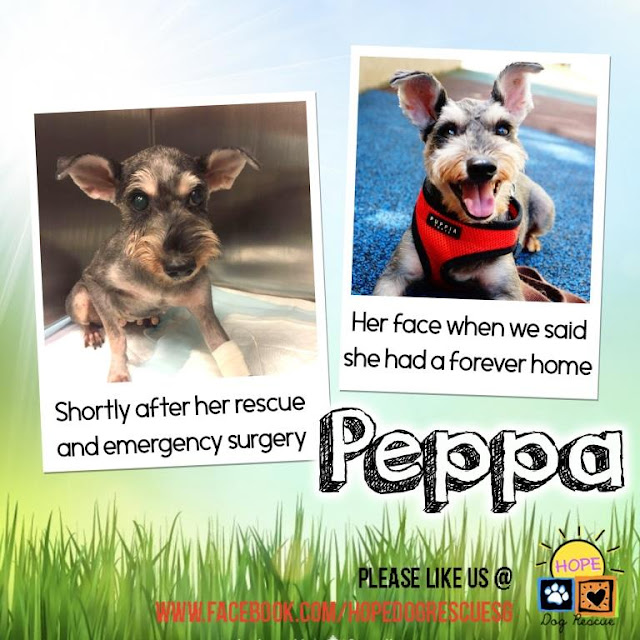 When we found her, she refused all food and water. Her breath was foul-smelling, and there was blood in her urine. Peppa was in pretty bad condition, as if she had been a stray for some time. Her teeth were thoroughly rotten and stuck to her gums with tartar. But even though her behavior was strange and she displayed signs of neglect, we were unaware of just how bad her condition truly was. A visit to the vet saved her life. She had pyometra, a critical womb infection. After her emergency surgery, she started to feel better but still wasn't eating or drinking. She had to go back to the vet twice for an abdominal ultrasound, so we could try to figure out what was wrong.


Initially, the vet thought her gums might still be sore after having a whopping 12 teeth extracted (and getting stitches in her gums), but checks revealed that she wasn’t in pain. Today, it's been 3 weeks since she was found, but the vets still can’t seem to find the reason for Peppa's lack of appetite. There's nothing really wrong with her. She just doesn't eat. She can go through an entire day without food or water. Sometimes she takes a few tiny pieces of meat, a few sips of water, and that would last her a day or two! We have tried every type of food possible, including liquids like goat milk and broth, but she simply is not interested. She just walks away. Sometimes you can hear her stomach growling, so you quickly cook something for her, but nope - still not interested. To make sure that Peppa gets enough nutrition, she is syringe-fed food and water when she refuses to eat, which is almost 5 days out of the week. 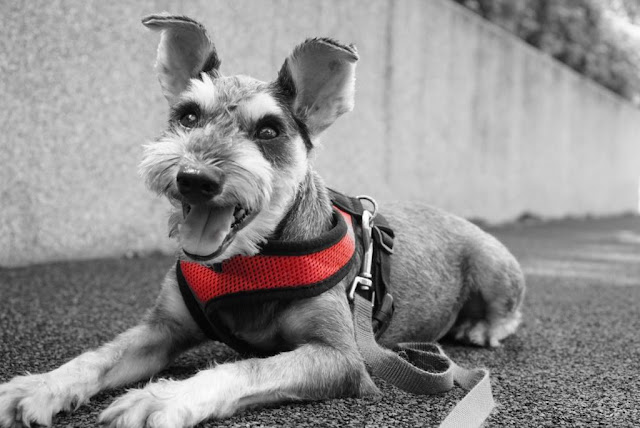 Outwardly, Peppa is energetic and alert. She doesn’t seem sick, weak or tired, considering how little her food intake is. She loves running and sniffing during her walks. She is a very good girl and very obedient. You only need to tell her something once and she will listen. However, she doesn’t really know how to play with toys, and was shocked by squeaky toys at first. She seems to have been abused before; she cowers when you stand over her, and she is scared of umbrellas and will run and bolt off at the sight of one. When you touch her bum suddenly, she will squeal and bolt. These behaviors make us suspect that she may have been beaten by her previous owners.

Peppa’s remaining teeth are white and clean now, and she is no longer peeing blood. She loves being outdoors and sometimes seems forlorn when she is at home, staring out the gate. We can only conclude that Peppa did live as a stray for a pretty long time, which may explain why she loves her freedom and being outdoors, and why she survives on so little food and water and yet still seems bright and alert.

It's strange, a seemingly healthy dog not eating or drinking. We are hoping that over the next few weeks or months, she will slowly start to learn to eat and drink like a normal dog. 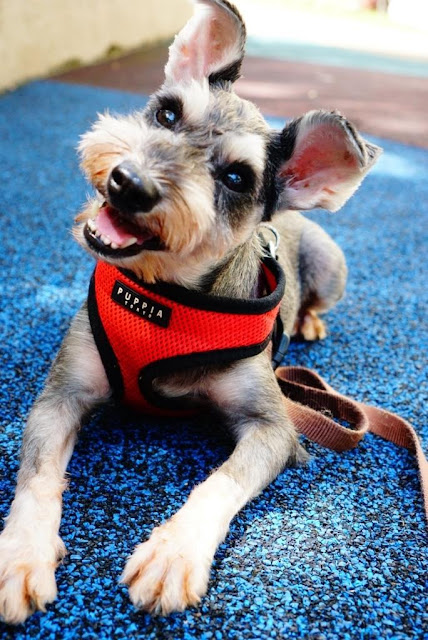 Nonetheless, we're happy to announce that Peppa has been adopted and renamed as Button! Her new owner will continue to monitor her condition and keep us updated on her progress. We hope that Button starts behaving like a normal dog soon.
at 13:57