The Old but Gold; Charlie The Retriever

Last week the vet did two Fine Needle Aspirates on Charlie and both drew blood so the previous vet was concerned it might be something cancerous. Charlie's foster took him to see the Senior Vet on Monday. 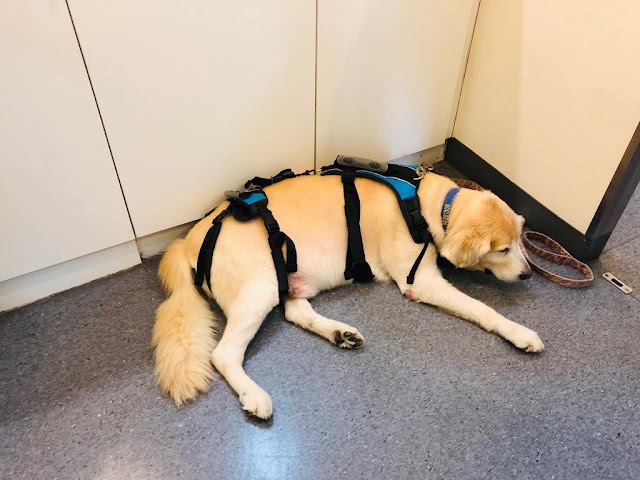 After looking at Charlie's tail and elbows, the Senior Vet said that there is nothing to worry about the elbows as it is calluses due to applying pressure when he lies down. However, for the tail, it was most likely a Sebaceous Adenoma, a benign tumor affecting the dog's skin and occurs mainly in older dogs. Sebaceous Adenoma results from skin glands that produce skin oils. They are mostly found on the eyelids or limbs although it does appear on other parts of the body, and in Charlie's case, it is on his tail. 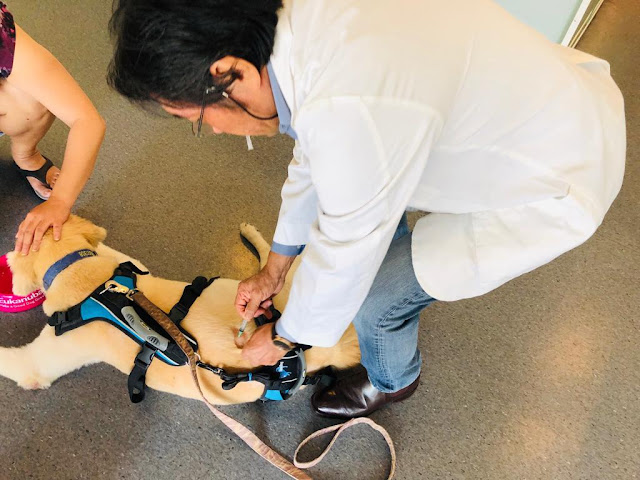 The Senior Vet mentioned that cancer usually starts spreading when we start doing invasive tests so he recommended to do a punch biopsy to minimize movements and refrain from aggravating the cancer cells, if that's what it is. There is also a possibility that Adenoma can become cancerous too. 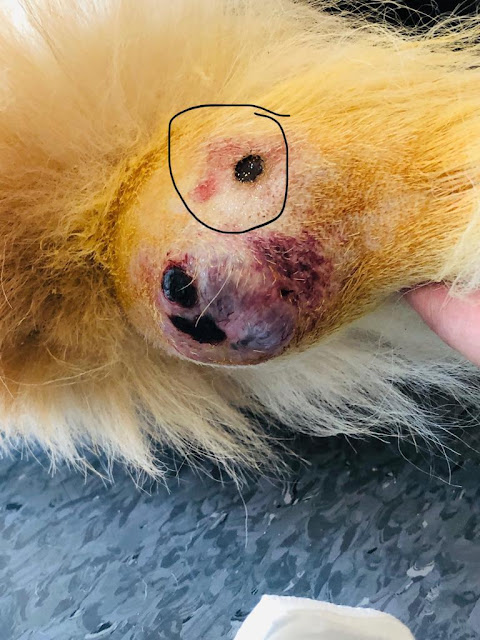 Charlie was a good boy and allowed the vet to do the punch biopsy without fuss. He had to be fasted for the morning and his mind was probably on his meal after the tests!! You can see a tiny hole that was punch on the lump on his tail.

The results will be out in 10 days' time, we hope its nothing serious. Although with Charlie's age at 15 yrs old, there really isn't very much we can or want to do if anything at all, but to make him as happy & comfortable as he can till he rests forever. 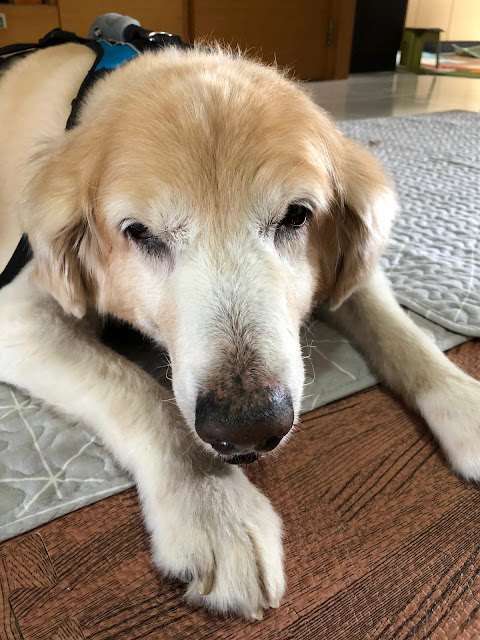 The vet visit must have stressed poor Charlie out and he had a 3 minute seizure when he got home.

His vet bill cost $500 and any help would be very much appreciated. Please email hopedogrescue@singnet.com.sg. Thank you.
at 09:22