Life is tough for strays, especially in an area where there are vast developments of construction of buildings. With development and modernization, these poor strays have their homes snatched away from them. The result? Either the construction management engages the services of a pest control company to terminate all the strays and “clean up” the environment, the new residents are displeased with the strays spoiling their expensive property’s  image and complain to the authorities to have them culled, or these strays migrate to new territories because they have been made homeless by humans.

What happens when these strays move to new territories? They get attacked by existing packs who occupy that territory that they have just “invaded”, they get into fights. Why, you may ask, after all they are all fellow strays, shouldn’t they live together in harmony and stick together as a group? Firstly, dogs are pack animals. The existing dogs may already have their own packs and may not want to accept a new dog into their pack. The existing dogs may not accept the new dog into their territory and if the new dog even crosses an imaginary boundary, he will be attacked. Sometimes, even after they submit / surrender, the dogs continue attacking them and then leaving them for dead . . .in cases like Cassie. You may think these dogs are nasty. We think they are just trying their best to survive in a land where abuse is common, food is scarce and they are constantly on the run for survival.

With feeders and animal welfare groups not sterilizing these dogs, they reproduce too quickly and in some opinions, become a menace to society, a public nuisance. When that happens, the Authorities engage the services of dog trappers to cull these dogs. The price on their heads are high.

Cody and Cassie come from the same area where they lost them homes to modernization and their homes are now considered high culling areas. All they did was to go in search of food and they were attacked by other packs of dogs. Fortunately, Cody’s wound isn’t as bad as Cassie’s, but a wound, nonetheless. We had initially thought he had contracted TVT but the rest of his private parts were not affected. His wound was likely caused by a dog chasing him and he couldn’t run away fast enough. Poor Cody. 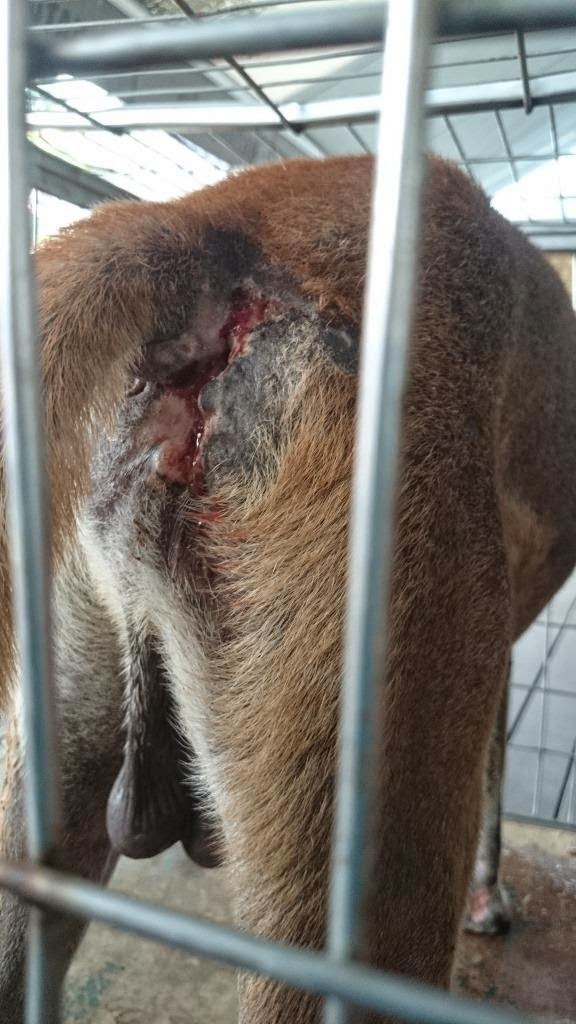 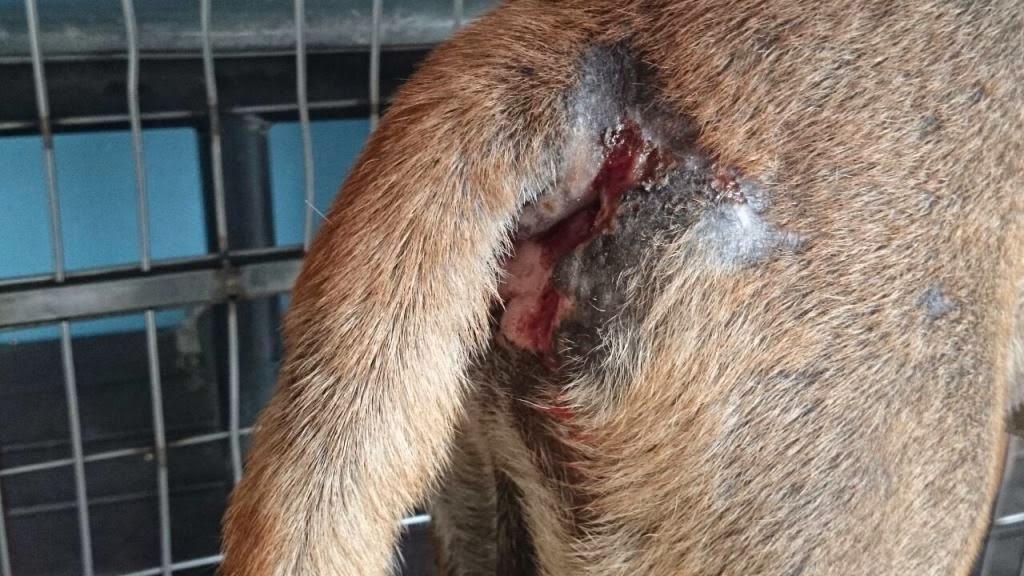 When we first trapped him and took him to the vet, he was scared and a little defensive, we understood to give him space and time. He was in pain and in an entirely new environment. Now, having been at the vet for a while, Cody is now friendly with humans and he is receiving treatment for the wound. 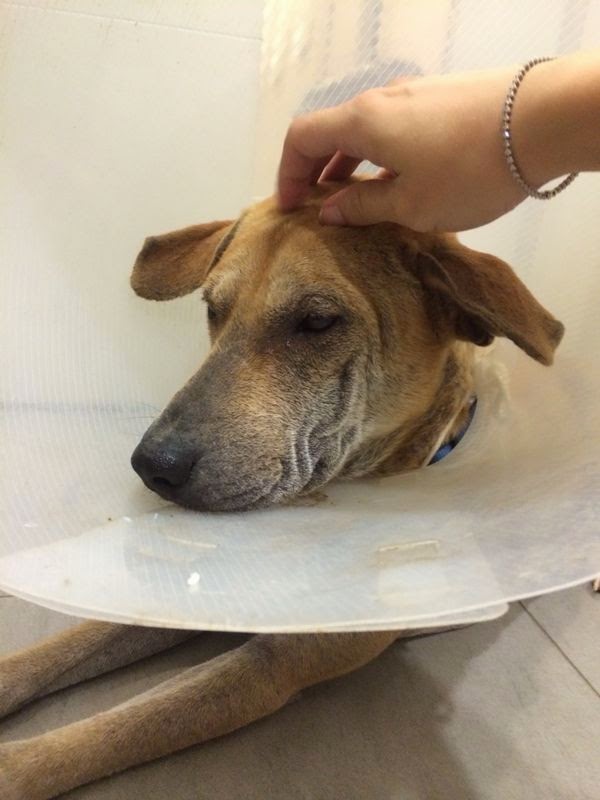 Cody will be released when he is ready to be discharged. We feel sorry that we cant keep him. If you didn't already know, we have 17 dogs in our care, some of which have waited 2 years for a home, so there is no way we can take in more dogs. Besides we have a high number of special needs dogs which we may be fostering for quite a long term :-( So poor Cody will be released when he is well, in about 7 to 10 days time. If you can adopt him, please do because once he is released, he will also have a price on his head.

He is male, a local crossbreed, estimated to be about 2 to 3 years old. A bit shy but alright with humans. He will be sterilized and ear-tipped before his release.

From this area, HOPE has rescued Cassie and now Cody. There were 2 other badly injured dogs in the same vicinity. Initially we could not rescue them as we had our hands full. Unfortunately after we had settled our rescued dogs and went back to search for the two injured dogs, they were no longer sighted. They may have passed on from their injuries or trapped and culled by the authorities. Such is the sad life of a stray. Here today, gone tomorrow.